© All rights reserved
Back to top

The Spartan Cores are POIs that players fight through to get gear upgrades for Master Chief. While they are not individually named, I was responsible for the level design of four POIs. One of the first cores I worked on was near the exit into the open world from Outpost Tremonius. We wanted to have a crashed UNSC escape pod near the POI to draw players into the area. I blocked in a large trail of detritus and terrain to show where the pod skidded into the environment. The rationale behind this was to encourage players entering the space from other vectors than the Outpost to recognize there was an area of exploration nearby. Being one of the first explorative areas after completing major mission beats, it was important for me to use the terrain and shape language of the surrounding environment to bring the player to the location. A Forerunner structure on top of the cave also draws the player into the space. I worked closely with game designer Matt Stone on this space and we wanted to create foreshadowing through a crack in the rocks, revealing the cave within. I designed the layout for the area, placing the cover and creating the flow of the POI. Once I completed my level design pass, the art team completed the area with finalized assets and set dressing. 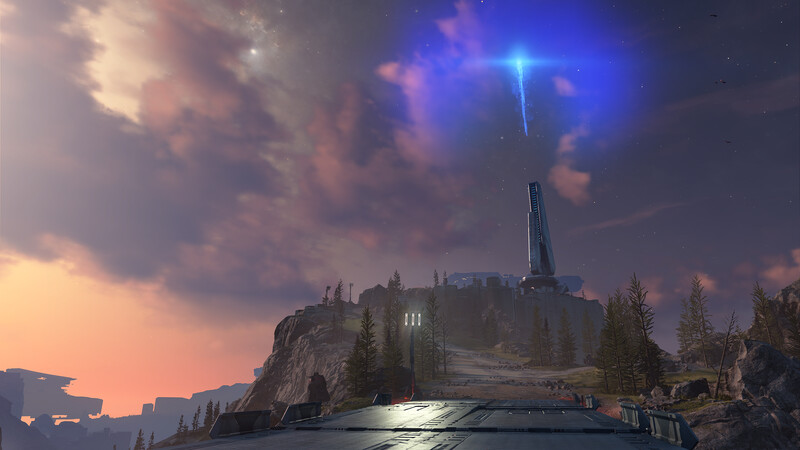 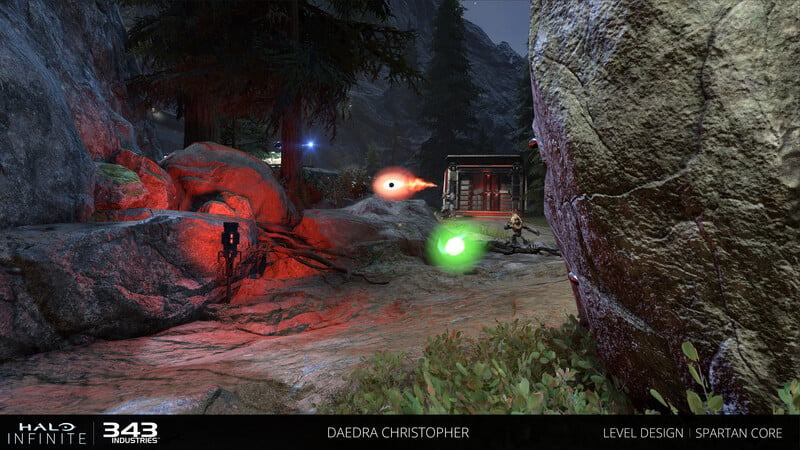