© All rights reserved
Back to top
Halo Infinite

Not only did I work on level design for Halo Infinite but also worked on game design as well for some events in the open world. I completed combat encounter passes on some of the UNSC squads and some of the High Value Targets or HVTs. Overall, my responsibilities were to ensure the combat felt balanced and fun within the parameters of the existing geometry and space.

This particular UNSC squad stood out to me, as it was one of the more challenging spaces I worked on. And as you might have guessed, I love challenges! I wanted the captured marines to be within the player’s view, but surrounded by the enemy.

In order to solve for the extensive area this squad covered, I needed to present several challenges to the player. Phantoms dropping off reinforcements, snipers, and AI roaming in multiple areas. I placed snipers on multiple hexes to give them verticality and the ability to reach Master Chief from multiple vectors. I also included multiple patrols of AI throughout the space to create a division in the combat and varied intensity for the overall gameplay.

In a previous post, you can see the other spaces that I did multiple gameplay passes on. However, my contract ended before the game shipped, so the finalized gameplay was refined by other outstanding designers on the 343 team. 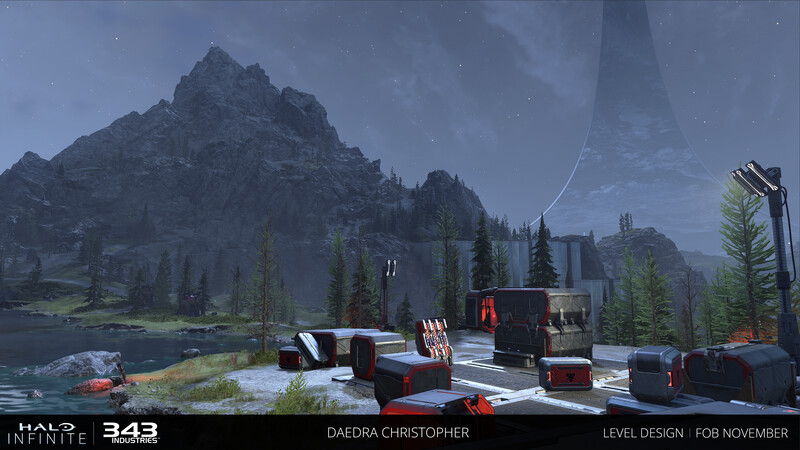 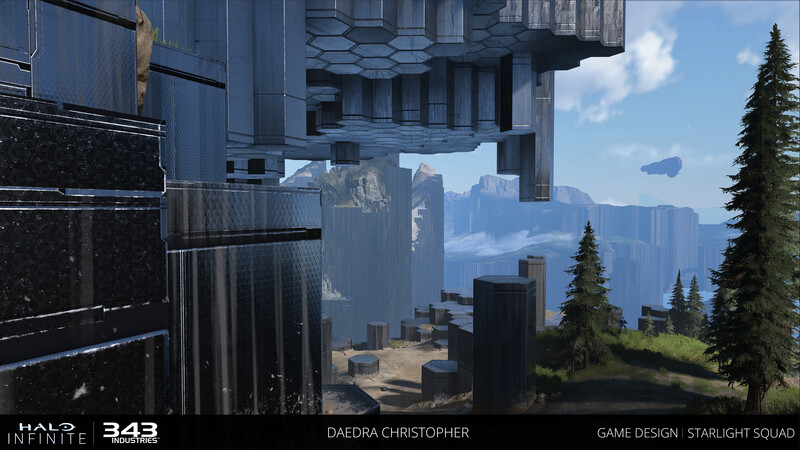 Back to album
Halo Infinite 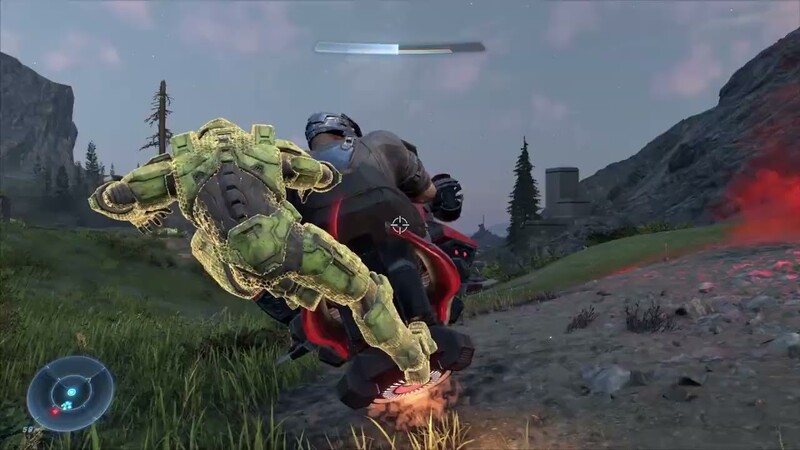